During the 1950s to 1990s, the postal service was the most commonly used means of document exchange. Most offices worldwide had installed postal franking machines to eliminate the need to affix postage stamps on their correspondence. These machines provided an added advantage of printing an advertising message panel on the side of the franking. Air-India used this space very creatively.

Some examples of Postal Meter Advertising Panels are shown on this page. 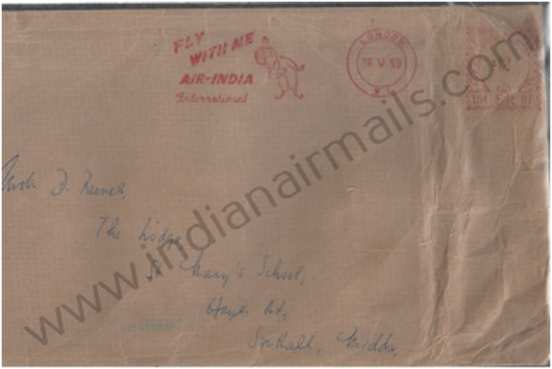 Here the Maharajah welcome you to FLY WITH ME.
Promoting services to Far East destinations. Notice the Maharajah greeting Thai, Hong Kong Chinese and Japanese characters. They resemble the same figures used in coaster and baggage label designs for Bangkok, Hong Kong and Tokyo. The Lockheed Constellation L-749 service from Bombay to Tokyo via Calcutta, Bangkok and Hong Kong was launched on 7 May 1955.
Bombay, 7 March 1961 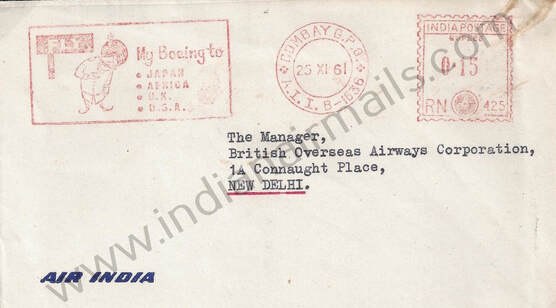 This panel used in 1961 talks about the airline serving destinations in four continents, Africa, Asia, Europe and North America. In fact the airline served Australia as well.
Calcutta. 20 March 1964 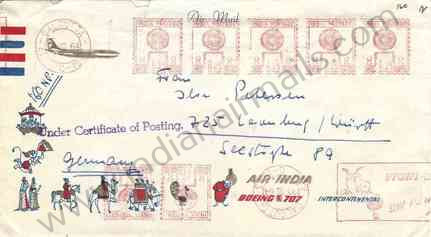 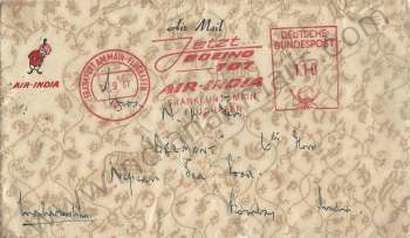 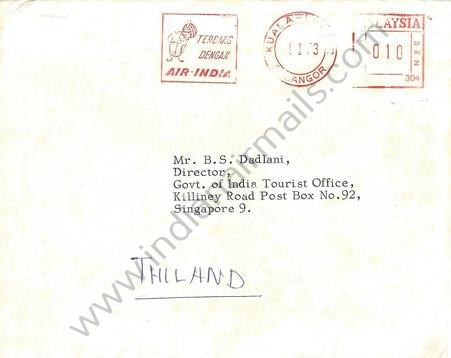 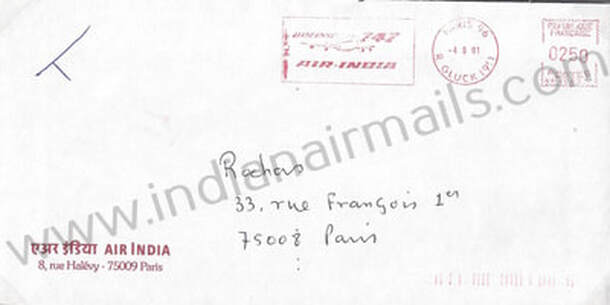 Here we have the airline advertising its Boeing 747 service, which was in fact introduced a good twenty years earlier, on 21st May 1971
Delhi, 24th February 1992
Brussels. 3 December 1993 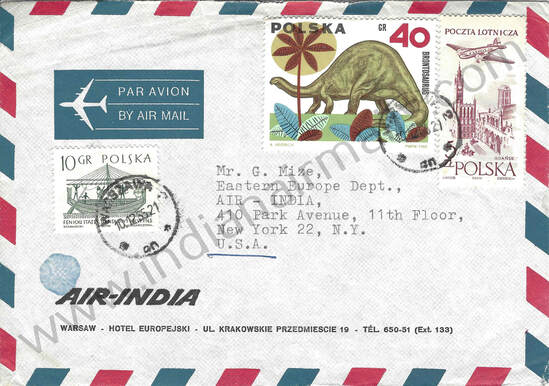 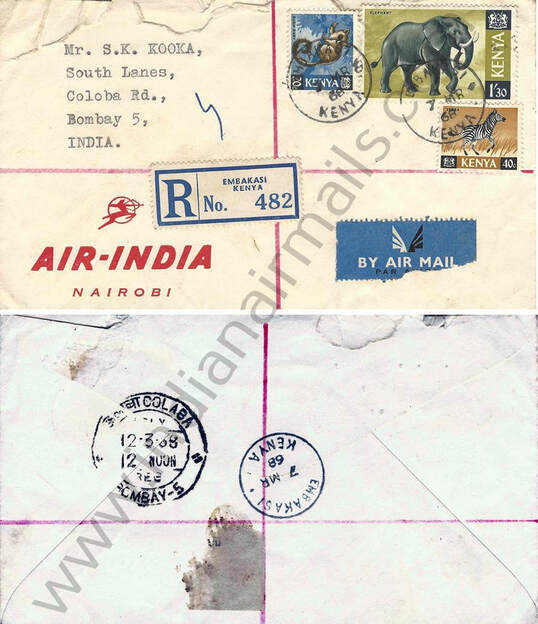 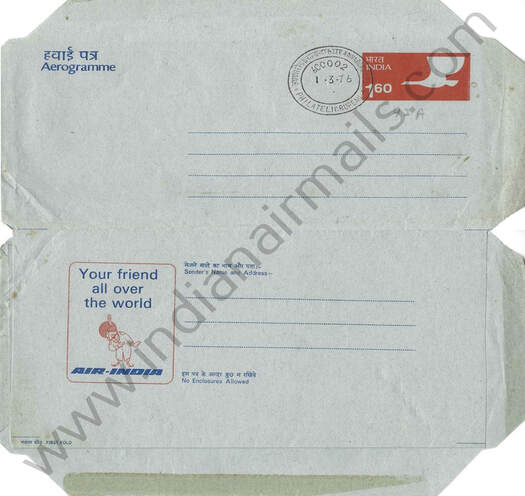 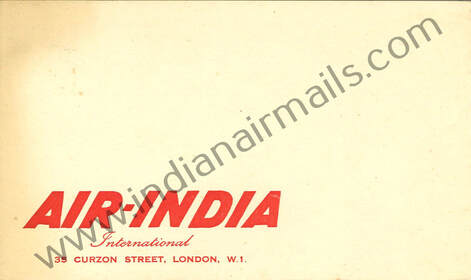 Examples of stationary provided to passengers for in-flight use. 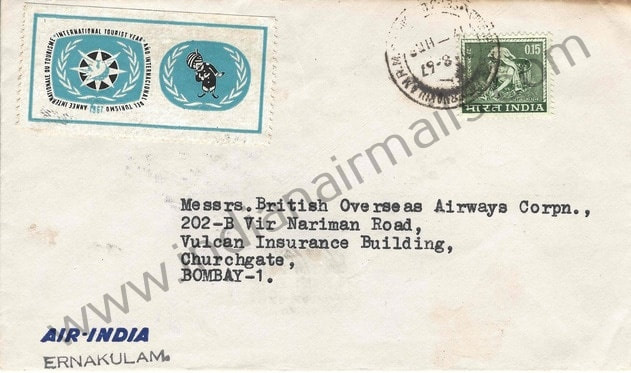 On the right is the label issued which reads INTERNATIONAL TOURISM YEAR 1967. The label is used on an Air-India commercial use cover hand-stamped ERNAKULAM.

The airline provided guest stationary for in-flight use to passengers. Along with this, postage stamps were  sold is special envelopes made out of hand made paper. Here are some examples.
Other Interesting Cover
Bombay, 26 November 1950.
Important Copyright Notice: The information and images contained in this web-site cannot be copied or used for any purpose without permission. Copyright of some items listed here belong to other respective owners, and some belong to us, while some are from the public domain. Hence, in order to avoid future complications, please contact us for any such requirement, by clicking this link, and we will respond appropriately. Any violation of this policy, may lead to prosecution of a Civil or Criminal nature, or both, solely at the infringers risk and cost.