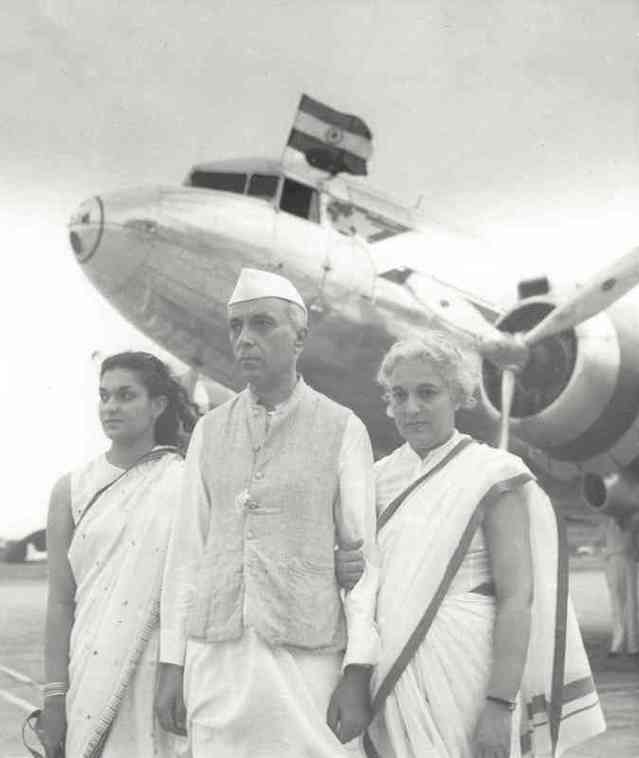 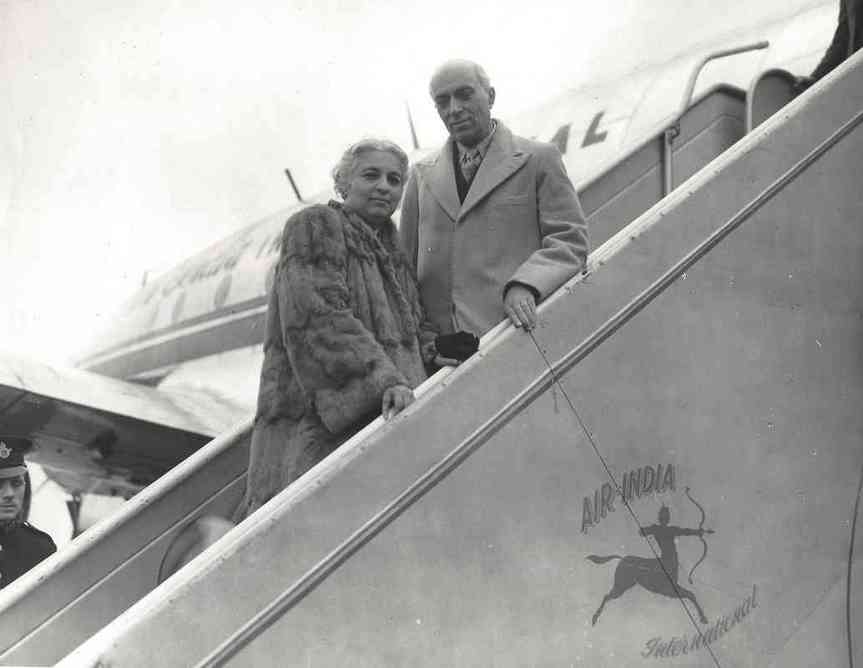 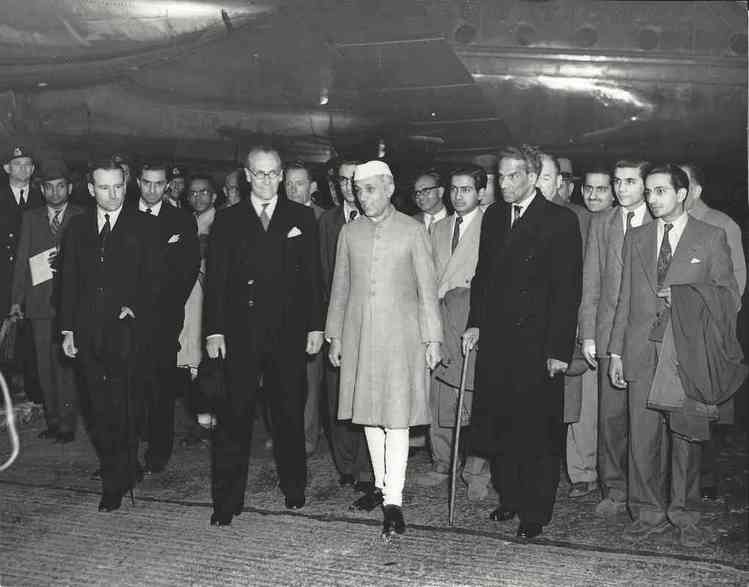 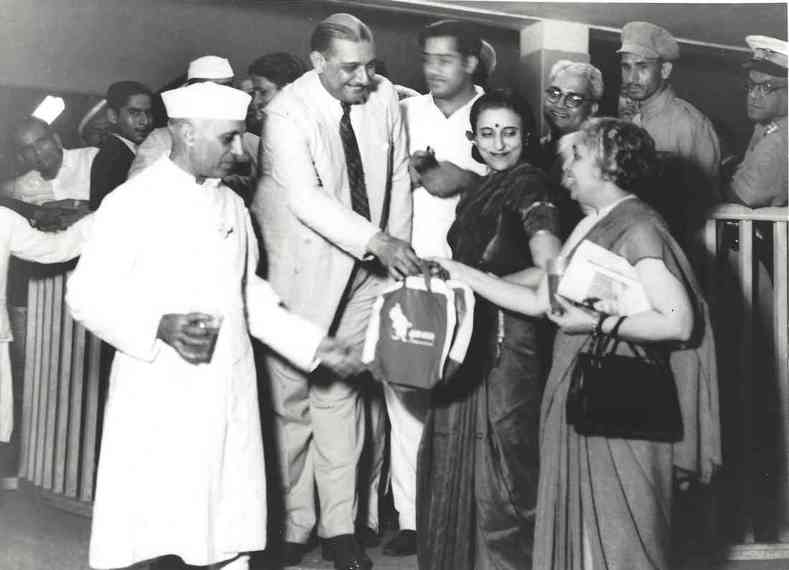 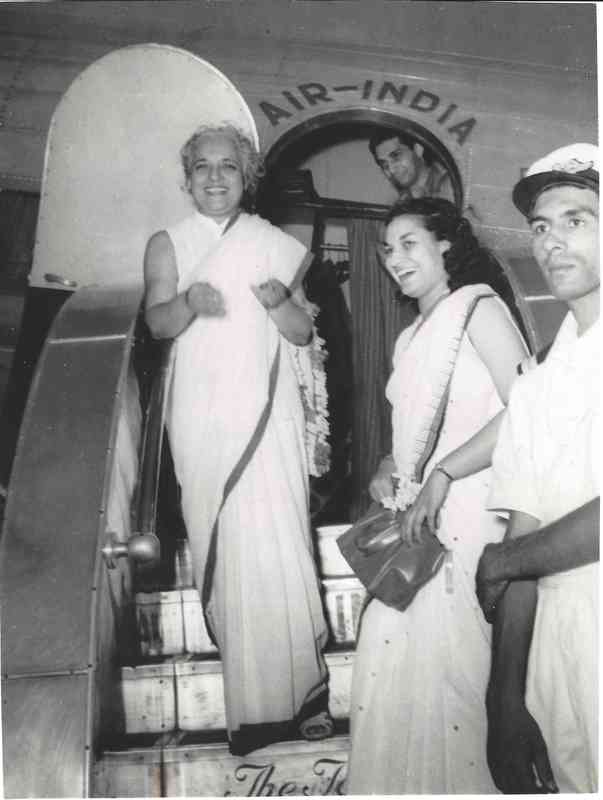 Ms. Vijayalaxmi Pandit about to enter an Air-India Aircraft
9th May 1948 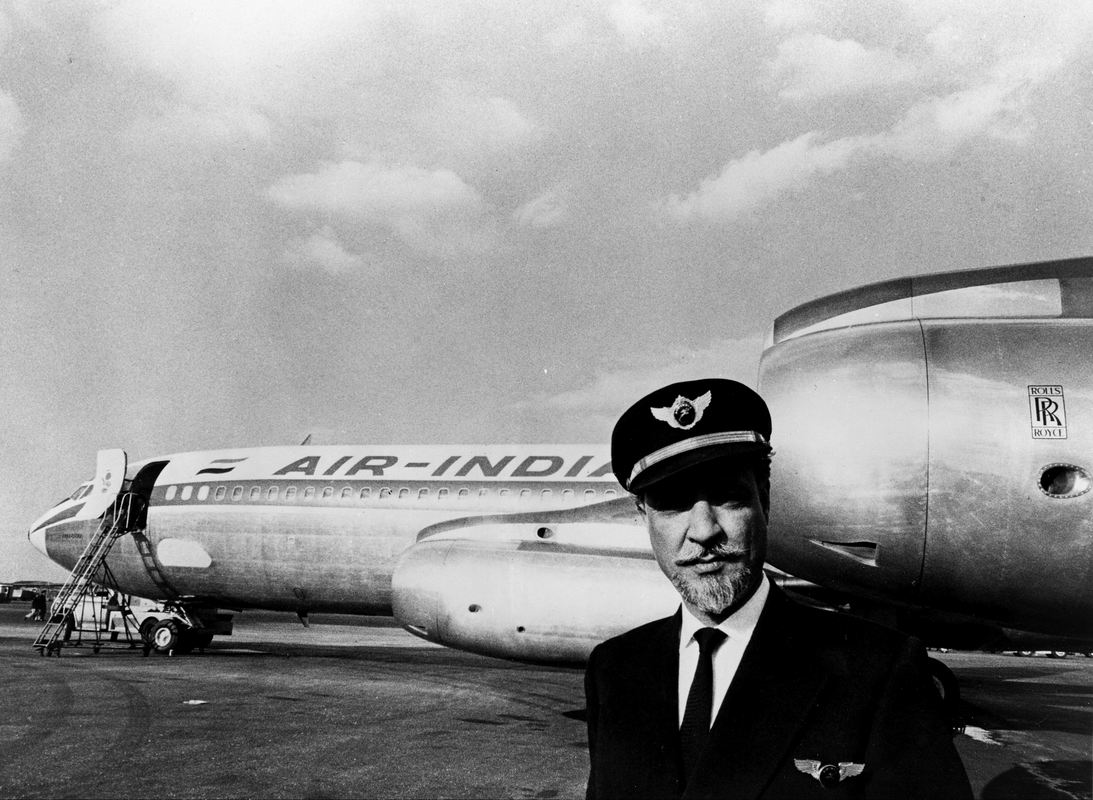 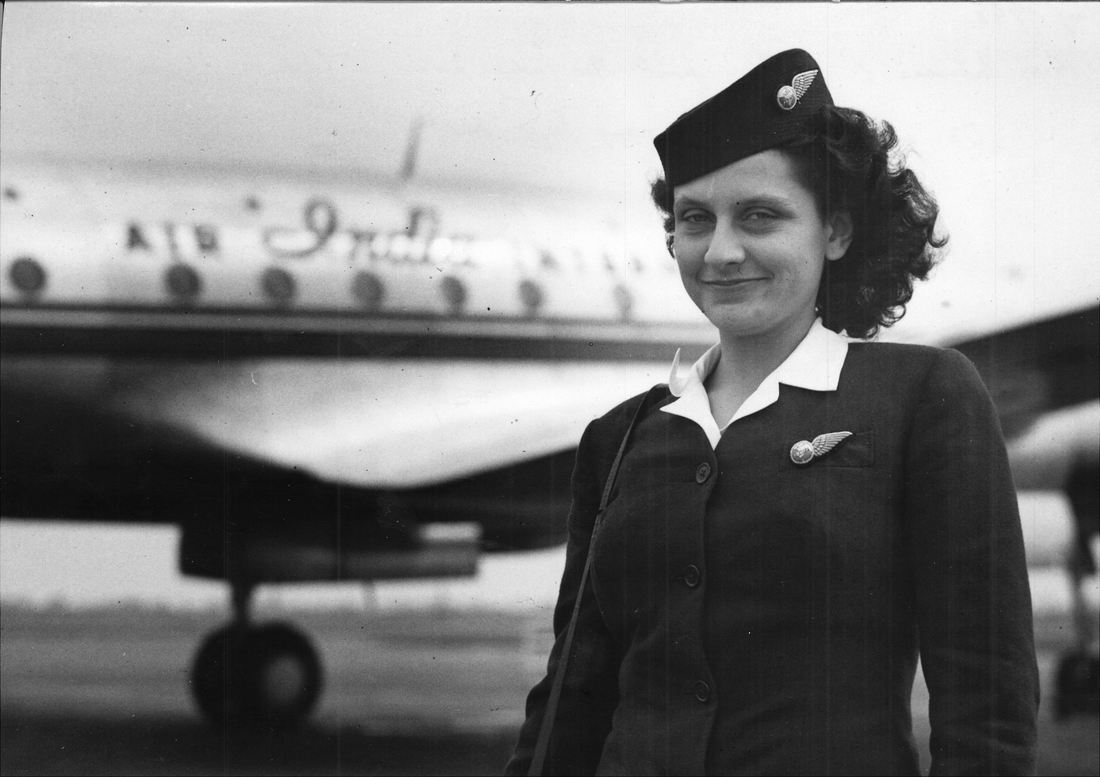 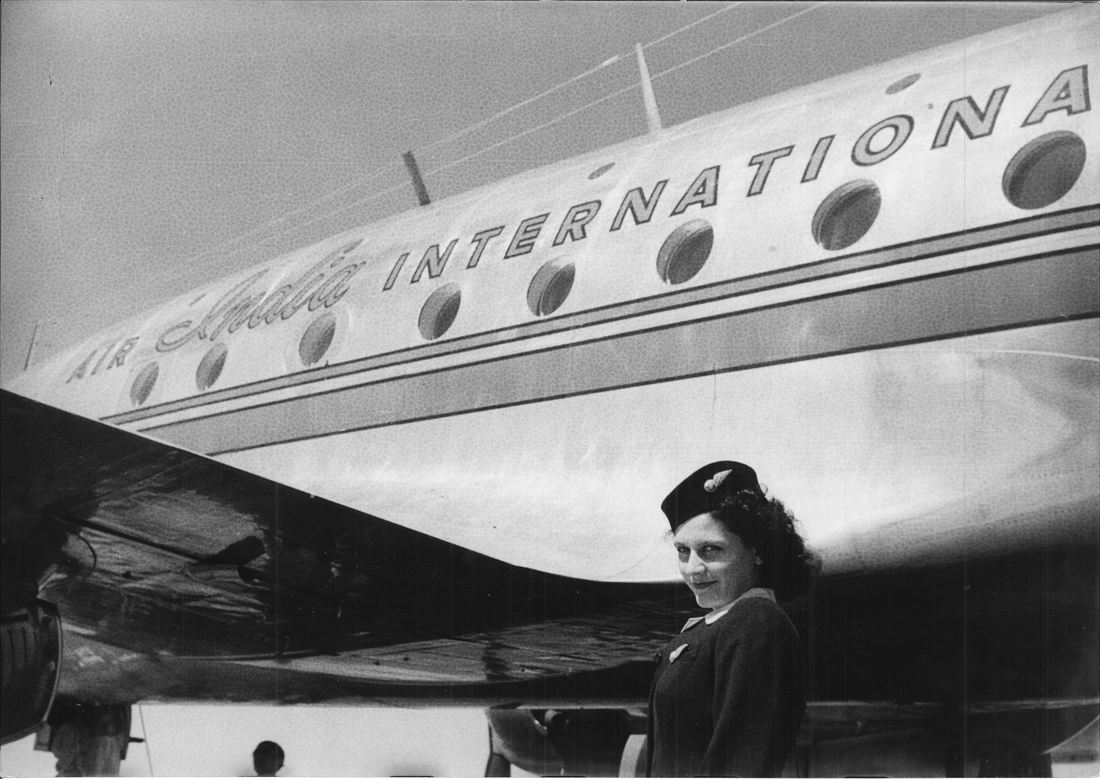 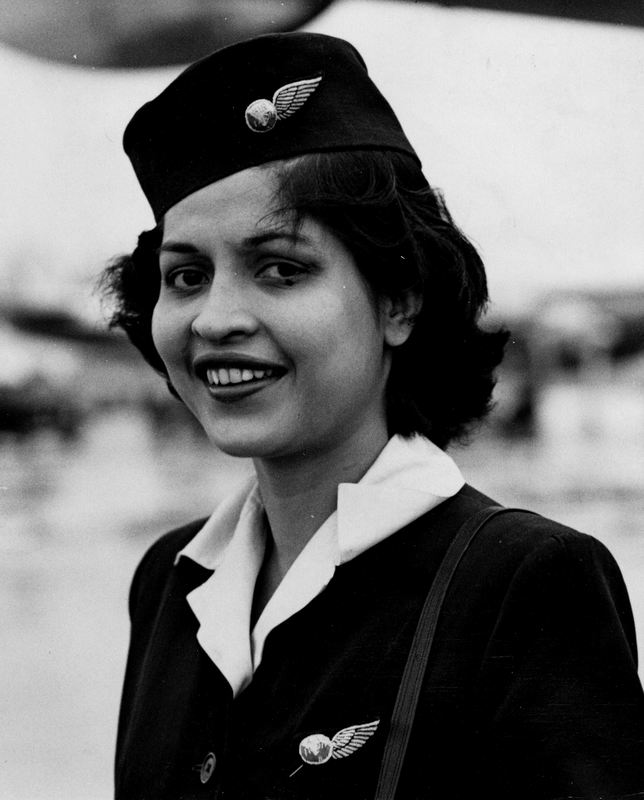 London, 24th March, 1954.
Miss Dorothy Coelho, attractive Air-India hostess, who flies across the world as regularly as clockwork.
Yearly she spends some 5,000 hours in the air and has been flying for 5 years.
Photographed at London Airport.
(ex-John Stroud Collection) 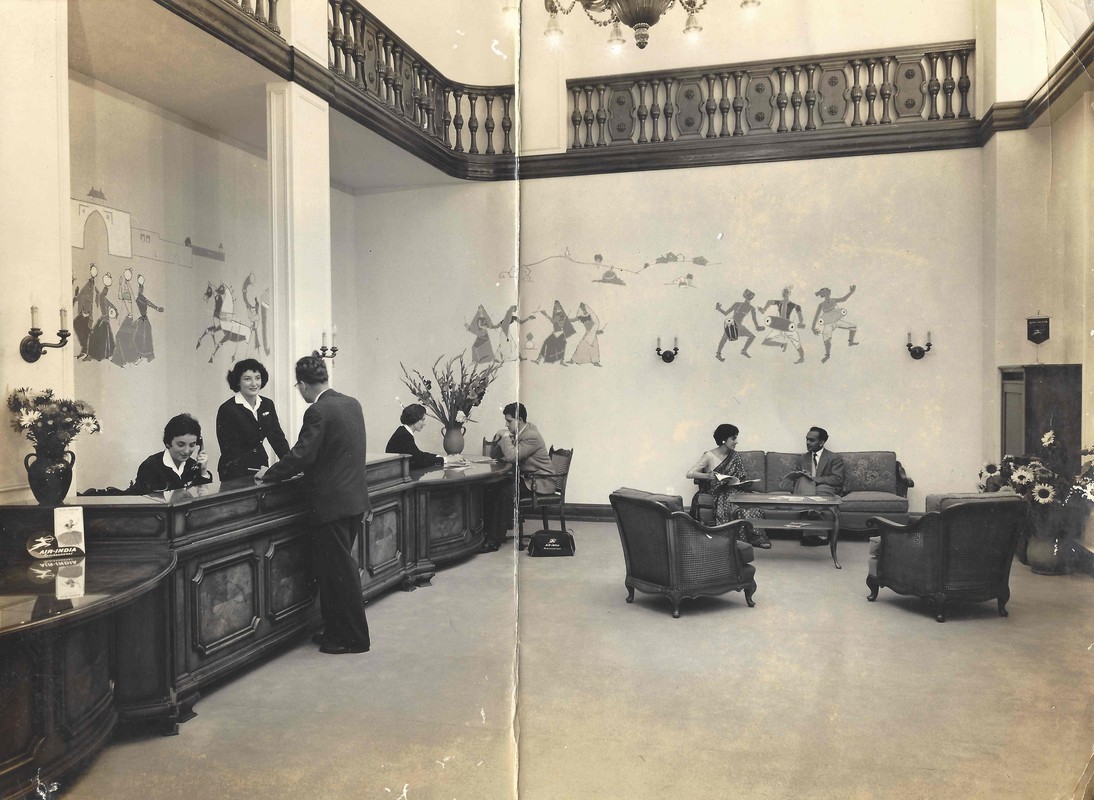 Air-India International reservation office at 7, Rue de Chantepoulet in Geneva.  (c.mid-late 1955)
The mural is by M. F. Hussain, one of the greatest contemporary artists in the world 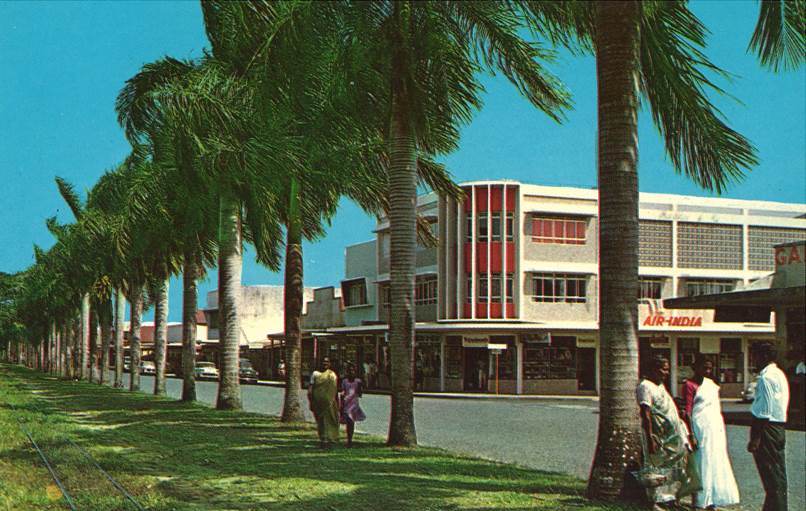 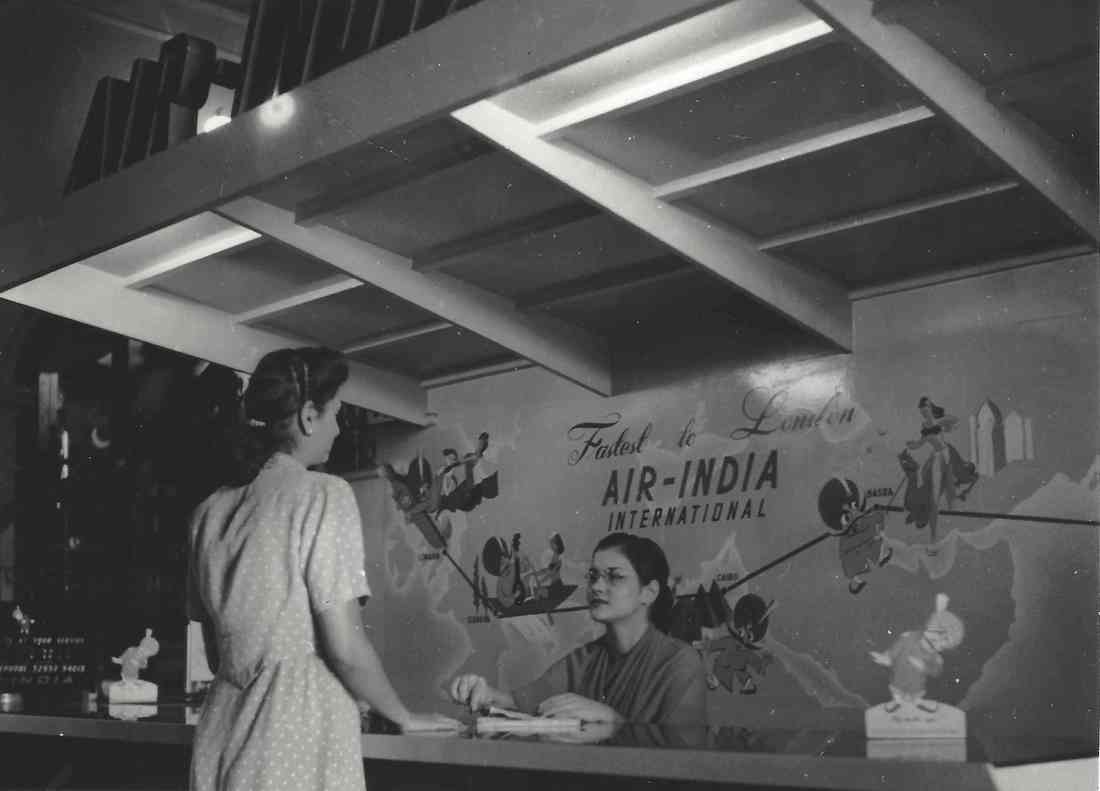 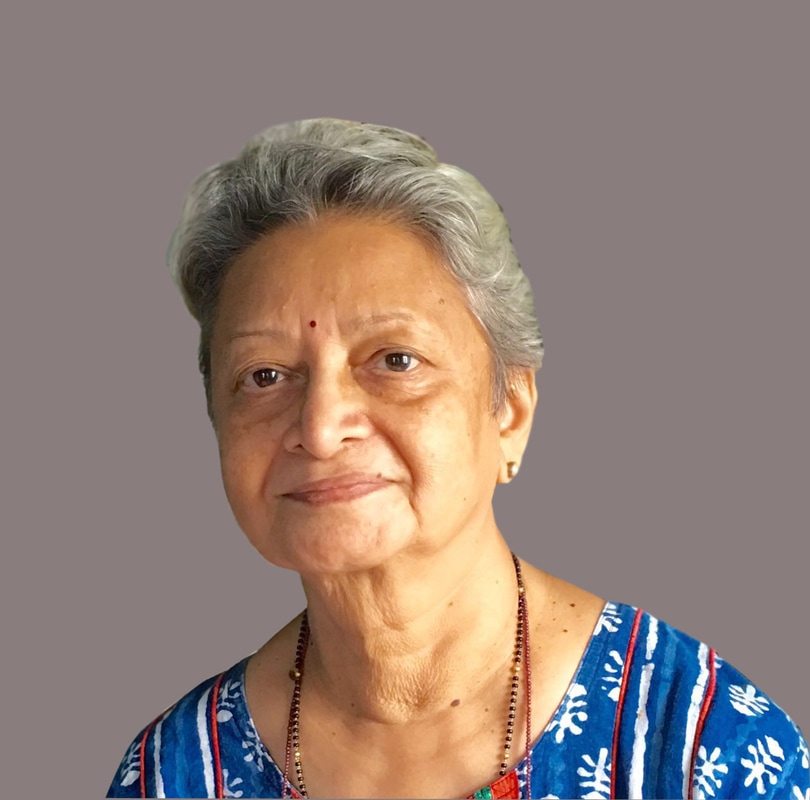 Sheela 'Charu' Gupte (nee Tipnis) an artist, who worked in the Air-India Art Studio during the 1970s 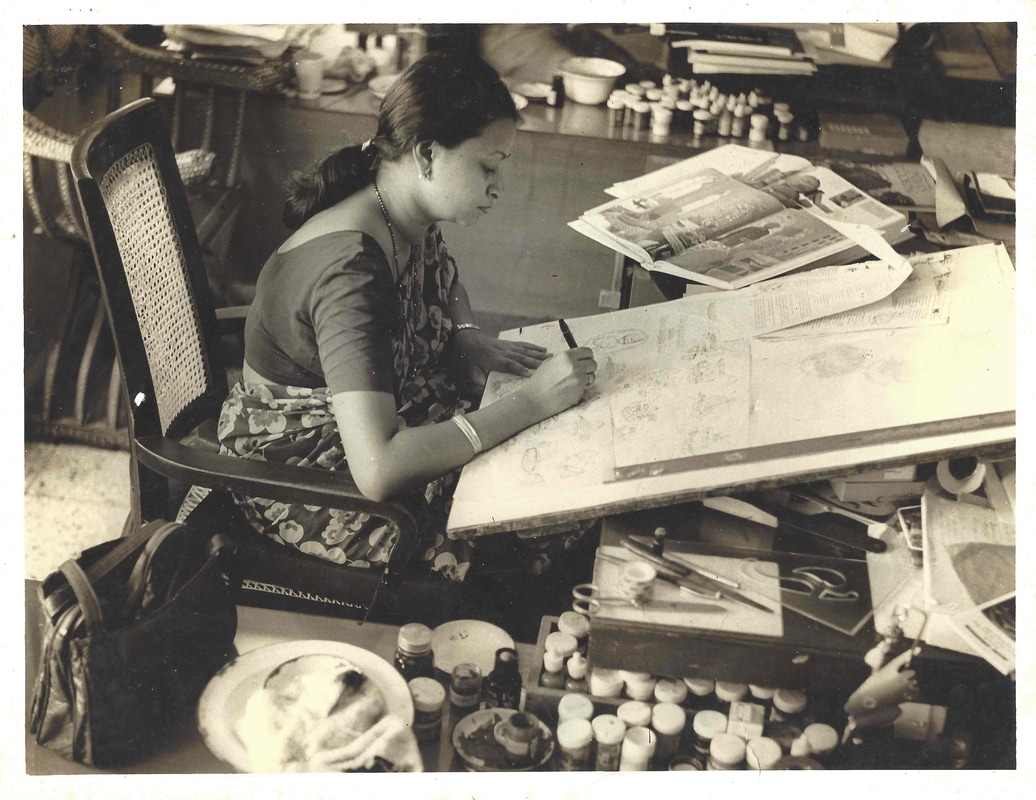 Charu retired as the AGM, Advertising and Special Promotions, Air-India. She has many more photographs of her stint in the Art Studio, 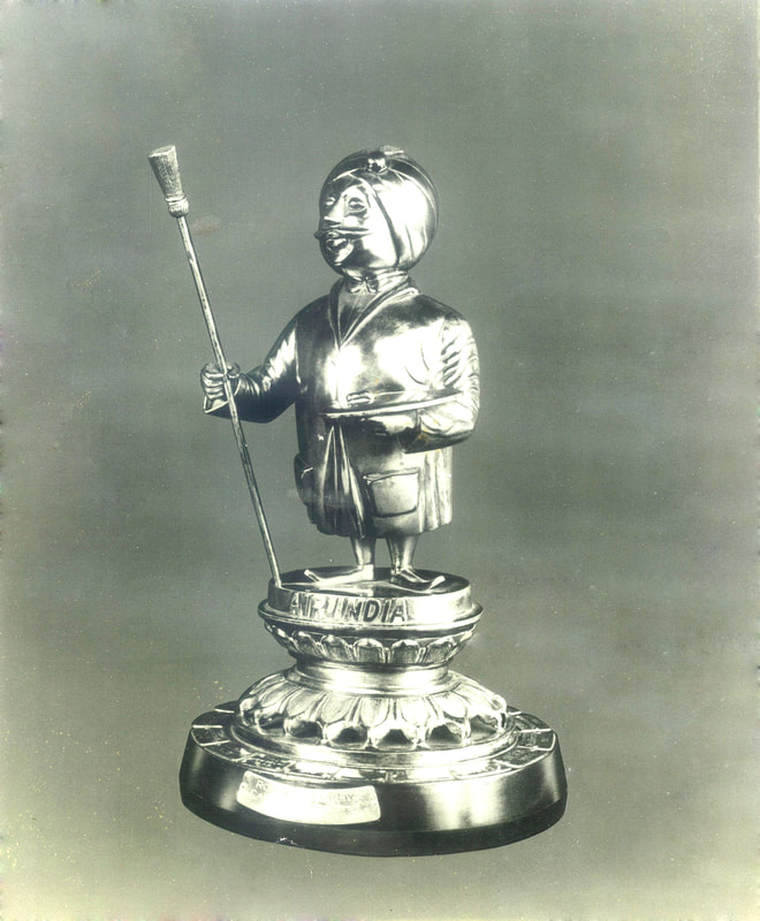 Roving Trophy of Air-India Art Studio with Maharajah as an Artist, Holding a paint brush & pallet. This trophy was given during c. 1960.
​Foreign travel was a major event, and family and friends often would accompany the travellers to the airport and see them off. Here we have some surviving pictures from the 1960s. The Maharajah is visible in the background.
Important Copyright Notice: The information and images contained in this web-site cannot be copied or used for any purpose without permission. Copyright of some items listed here belong to other respective owners, and some belong to us, while some are from the public domain. Hence, in order to avoid future complications, please contact us for any such requirement, by clicking this link, and we will respond appropriately. Any violation of this policy, may lead to prosecution of a Civil or Criminal nature, or both, solely at the infringers risk and cost.